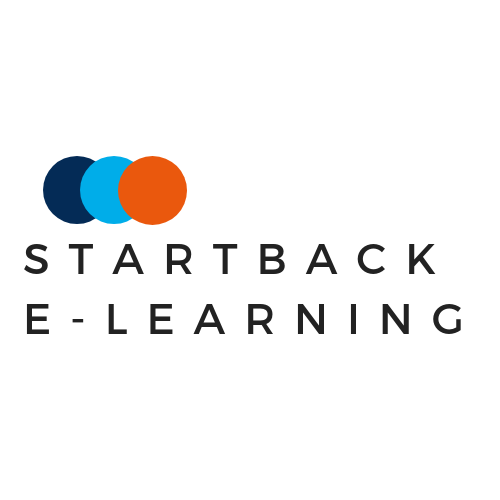 Worry refers to repetitive uncontrollable, negative thoughts, images, and emotions resulting from a proactive cognitive risk analysis made to avoid solve or anticipated potential threats and their potential consequences(10). Worry is common in people with pain, as pain represents an imminent threat to someone’s welfare.

Hypervigilence to pain is the excessive tendency to “body scan” for and selectively attend to pain/somatic sensations, to misinterpret sensations as threatening and narrow one’s attention in the presence of such sensations.

Pain catastrophising is a negative cognitive response to pain or anticipated pain, characterized by a tendency to fixate on the pain stimulus, magnify its threat value, and adopt a helpless outlook regarding managing the pain (11). Catastrophic thinking is related to higher pain intensity, poorer psychological functioning and higher levels of physical disability. Threatening types of illness information can fuel catastrophic thoughts about pain (12)

The fear-avoidance model partly explains why a minority of people who experience acute pain develop chronic low pain and associated disability. The basis of the model is that the way in which pain is interpreted may lead to two different pathways. When pain is viewed as non-threatening, patients are likely to maintain engagement in daily activities and make a good, functional recovery. In contrast, a vicious circle may be initiated when the patient catastrophically misinterprets pain. This gives rise to fear or movement, (re)injury or pain, hypervigilence and safety seeking behaviours (avoidance, escape). Over time, this leads to disuse, disability, depression as avoidance generalises to other areas of living (14)

Hypervigilance, catastrophising, fear and avoidance are all important component of the fear-avoidance model

Post-traumatic stress disorder (PTSD) is an anxiety-related mental health disorder which comes after an event where a person is exposed to actual or threatened death, serious injury or sexual violence. The event could be something that has happened to the person, or something they saw.  Someone with PTSD often relives the traumatic event through nightmares and flashbacks, and may feel irritable and guilty. They tend to avoid potential triggers which leads to isolation and avoidance.

Painkillers are not essential, it is a choice to take them, and taking them is a behavioural response to pain. As well as reducing pain, they can sometimes help people to do more of the things they value, sometimes they don’t/no longer work, cause intolerable side effects or people just prefer not to take them. People can have unhelpful ideas about pain related medication and concerns or worries about taking them. Sometimes people can be chaotic in their use of mediation or misuse and abuse prescribed, non-prescribed or recreational drugs.

Self-Efficacy is confidence in one’s ability to perform a particular behaviour and in overcoming barriers to that behaviour’ (20,21). Self-efficacy is behaviour specific and can fluctuate. It is related to pain intensity, psychological wellbeing behaviour (e.g. exercise adherence) and adaptation to illness (22–24)

Stigma, scepticism and invalidation of someone’s pain experience can adversely affect their pain, their psychological  well-being (self-esteem, depression) and their relationships with others, including health care providers.

Low perceived control of symptoms or repeated failed attempts to control things that cannot be controlled (e.g. symptoms in many people with persistent pain) is associated with poorer physical and psychological functioning (27). See the misdirected problem solving model (28)and the hexaflex of psychopathology (29)for more information.

Depression– although a history of depression constitutes an increased risk for the development of chronic pain, pain is a stronger predictor of depression (27,32).

Many people with pain experience low moodand some become depressed but not all meet the criteria for clinical depression. Depression is characterized by negative mood, hopelessness, and despair (31)

Although a history of depression constitutes an increased risk for the development of chronic pain, pain is a stronger predictor of depression (27,32).

Anxietyis future orientated, the source of threat is more elusive than in fear and without a clear focus. People tend to engage in preventative behaviour in response to anxiety. Pain related anxiety is more likely when the activities that increase pain are not predictable.

Feeling guilty is the painful feeling of self-reproach resulting from a belief that one has violated some rule or convention.

Shame is the painful feeling and thoughts that we are somehow wrong, defective, inadequate, not good enough, or not strong enough.

Anger modulation (e.g., whether it is expressed or inhibited) appears to have an impact on symptoms and functioning (27)

Higher levels of pain behaviour are associated with disability and emotional distress.

Amongst others, clinicians, and significant others can knowingly and unknowingly provide positive and negative reinforcement which can influence the perpetuation, amplification, and extinction of pain behaviors (27,33).

Perceived social support can have an effect on clinical outcomes. The nature of the support is important, it can have a positive influence on pain and disability symptoms or it can have a negative impact if it results in increased attention on negative aspects of pain, reinforcement of pain behaviours and /or the taking over of roles, tasks and responsibilities (solicitousness) (34,35).

People’s pain experience and their responses to it can affect their family, friends, colleagues and the wider society. If a patient increases their functioning (physical and psychological) and quality of life, family members are likely to also be beneficiaries.

The normal response to pain is to try and reduce, change or control it. Unfortunately, when people have persistent pain this doesn’t usually work (as they still have pain) and attempts to control pain often add to secondary suffering in both the short and long term because:

Avoidance is related to anxiety and disability. Avoidance is the overriding process with regard to daily functioning, however, activity patterns are complex and multidimensional  and avoidance patterns may be subtle, sometimes resembling healthy coping, and sometimes presenting alongside patterns of high activity(36).

There are also other related models, e.g. the avoidance endurance model (27)and more recent papers on the fear avoidance model. (16,43,44)

A caveat: Pain-related fear is not always associated with avoidance behaviour, it depends on the context, fear-related protective behaviours will be inhibited when the value of another life goal outweighs the value of pain, and is given priority (14)

Pain behaviour is often misunderstood and misinterpreted, as whilst higher mental processes can be used to control nonverbal expressions of pain, and display can be feigned, transformed, suppressed or exaggerated, pain behaviour is usually involuntary, non-deliberate and automatic.  Pain behaviour can be reinforced through operant conditioning.

Login
Accessing this course requires a login. Please enter your credentials below!
Lost Your Password?